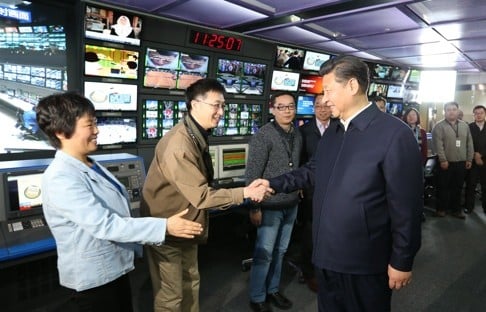 News site affiliated with state says former property mogul Ren Zhiqiang is trying to topple Communist Party and establish Western-style government. An outspoken tycoon has come under fire for his comments about Chinese President Xi Jinping’s exhortation to media last week that it must show absolute loyalty to the Communist Party. Ren Zhiqiang, who stepped down from his Hua Yuan Property company in 2014, said on Weibo shortly after Xi toured Xinhua, People’s Daily and CCTV on Friday that the media should serve the people. Ren stressed that the news outfits were funded by taxpayers’ money, and so should serve the public, rather than the leadership.